April 7, 2020 Malaybalay City – Around 800 chicken joys were sent by Jollibee store owners in northern Mindanao to soldiers working as frontliners in Quarantine Control Points in Bukidnon yesterday while 70 were sent to 58IB troopers in east Misamis Oriental this morning.

On his statement Colonel Ferdinand Barandon, Commander of 403rd Brigade that covers Camiguin, MisOr, Bukidnon and CDOC said “It more than just food, its the joy that you bring. The fact that somebody support you in the frontline while facing an unseen enemy is truly a morale booster. Thank you so much Jollibee.”

“Salamat kaayo Jollibee sa kalipay nga imo gipaabot kanamo dire sa QCP (Thank you so much Jollibee for the joy you brought to us here at our QCP)” said 1st Lt Johngie Siatanan of 88IB based in South, Bukidnon.

Mang-Inasal, a sister company of Jollibee also provided 18 pax of food for members of Task Force Oro, a unit under 403rd Bde based in CDOC. Meanwhile a branch of Chowking in Bukidnon has also committed to provide foodpacks on April 8. Soldiers under 403rd Bde immediately complied with PRRDs directive to focus on combating COVID19. Units under it were tasked to compliment the QCPs around the 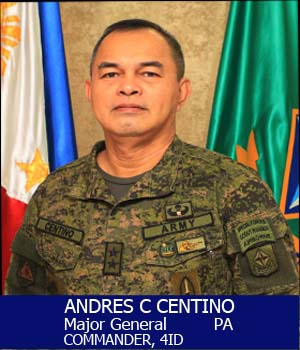 Five things you may have missed over the weekend

Army Reservists Step Up, Joins Frontliners in Fight vs COVID19 in Bukidnon